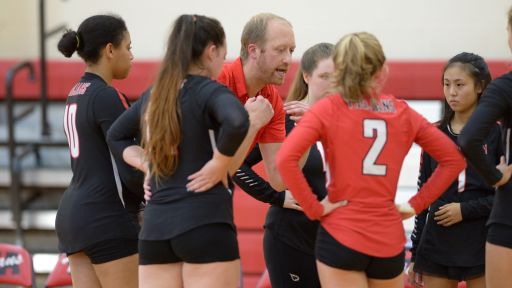 Walsingham Academy has announced the hiring of Owen Ranger as the head coach of the Trojan varsity girls' basketball team. Ranger will continue to serve in his role as volleyball coach.

Ranger has been involved in playing or coaching basketball since third grade. He played in high school in Alaska and for one year at Woodberry Forest School in Virginia. He also played one season as the starting small forward at Pontificia Universidad Catolica Madre Y Maestra in the Dominican Republic in 2002.

Ranger previously served as a student-manager for Pepperdine University's men's basketball team under Naismith Basketball Hall of Famer Paul Westphal. His basketball coaching experience includes serving as head coach for the inaugural girls' basketball team at his Alaskan alma mater; coaching fifth and sixth graders in California; and five seasons as an assistant at National Cathedral School. He also spent two seasons coaching freshmen and sophomores with the Team Endless Sports AAU program in Maryland, where his teams finished as runners-up in consecutive seasons.

"I am delighted to have someone with Owen's level of experience taking over our girls' basketball team," Athletic Director Neil Bailey said. "I fully expect the team to continue to build on last season's huge improvements."

Trojan fans should expect an up-tempo style of play from the team, Ranger says, with student-athletes given a level of freedom to make their own decisions on the court.

"I'm very excited to work with another team at Walsingham this year, as I will be coaching many of the same athletes," Ranger said. "I believe we have an excellent chance to be a contending team in the TCIS and compete with the best teams statewide at the VISAA level."