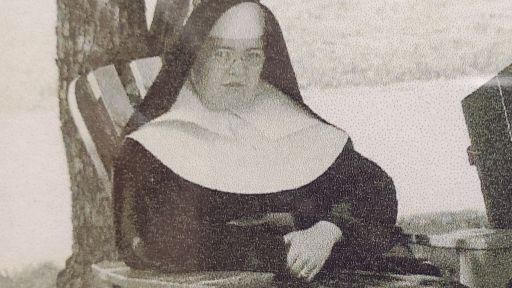 Sister Mary Agnes Loretta Ford, a member of the Sisters of Mercy, Mid-Atlantic and a founding sister of Walsingham Academy, died on Friday, April 17 at McAuley Convent in Merion, Pa. She was 99.

Sister Agnes Loretta was an educator for more than 37 years as an elementary school and music teacher at Walsingham and at various schools in the Philadelphia and Allentown dioceses. She also served as principal at St. Catherine of Siena in Horsham, Pa. for six years and as a religion teacher at John W. Hallahan High School in Philadelphia for 10 years.

Later in life, she served at St. Mary Convent and Home for Women and visited the sick of St. Richard Parish in Philadelphia. She then moved to the Convent of Mercy as a staff member until she retired at 98 to McAuley Convent.

"Even later in life, from several states away, Sister Agnes Loretta always kept Walsingham Academy at the forefront of her thoughts and prayers," Walsingham Academy President Sister Mary Jeanne Oesterle said. "Her love for music was only surpassed by her love for her students. She will be deeply missed."

Her funeral arrangements will be private.