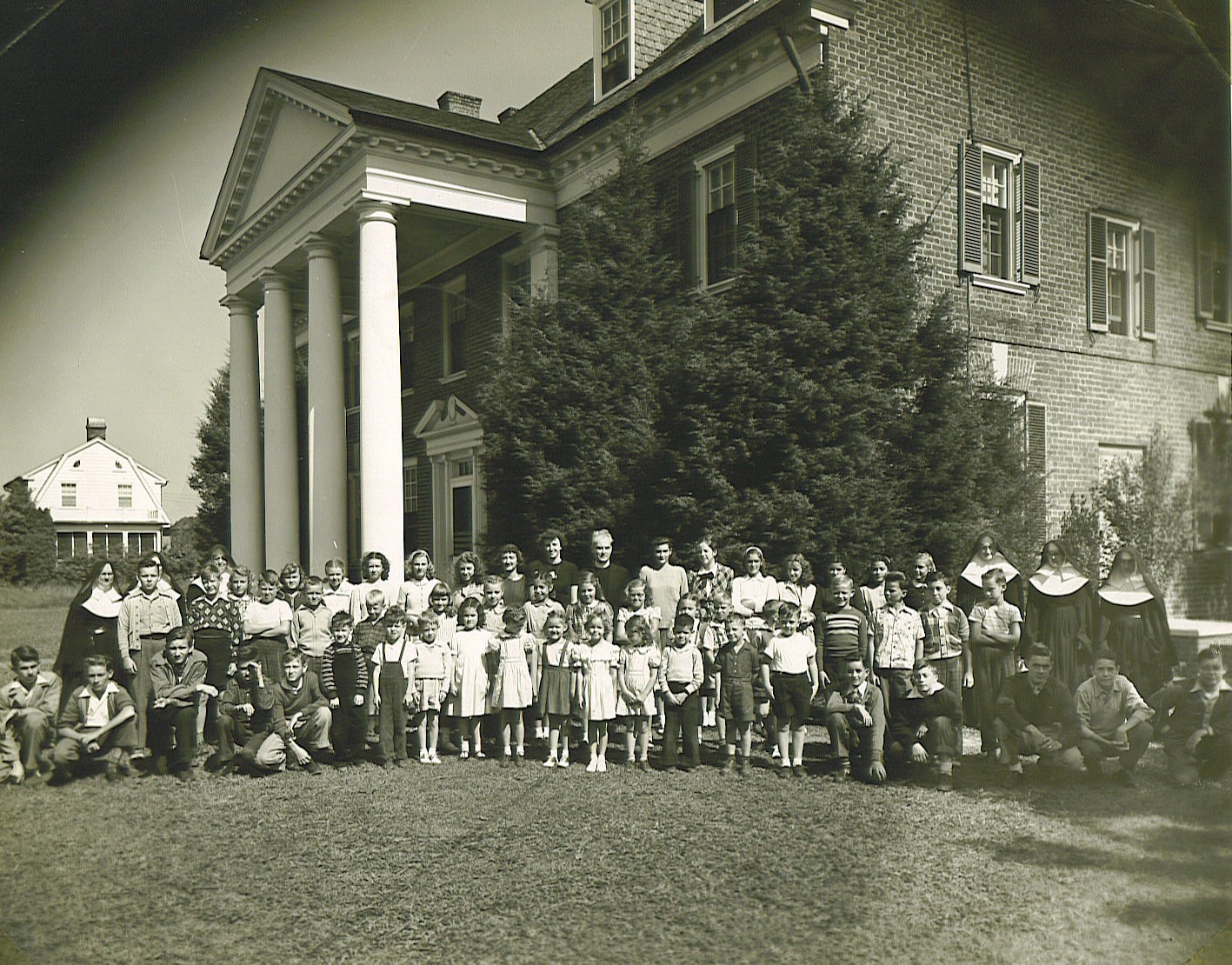 The first day of class at Walsingham Academy was September 16, 1947 at 601 College Terrace in Williamsburg, Virginia. This house, which has since served as a rectory for the priests at St. Bede Catholic Church, was built as a fraternity house. It was later bought by St. Bede parish for use as an USO residence for women. After the war, it was free to serve another purpose – a Catholic school. 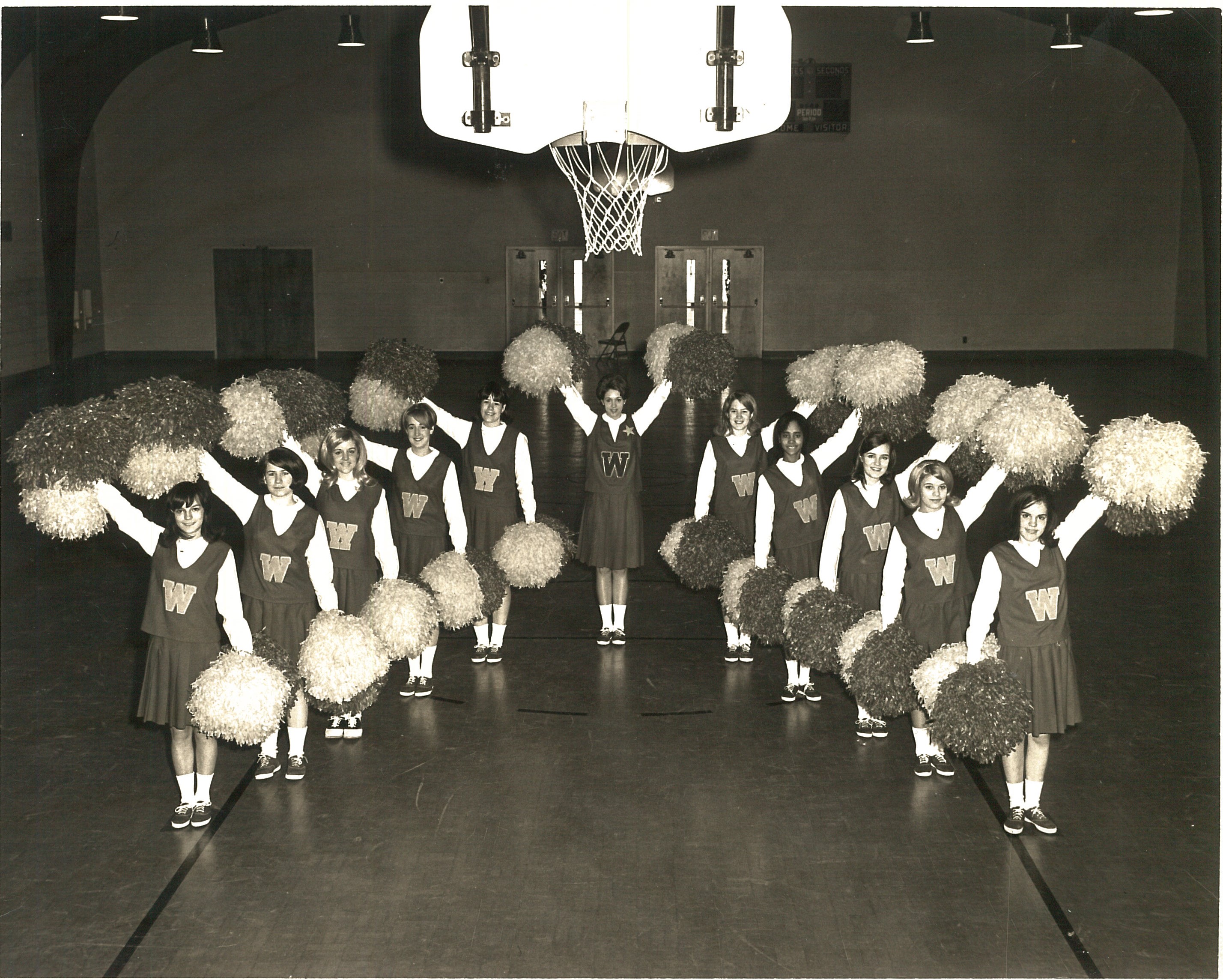 It was Father Thomas Walsh's vision to have a Catholic school in Williamsburg, "because he felt that you reach parents most quickly through the children,” Sister Mary Emmanuel wrote in Walsingham's chronicles. It was he who invited the Sisters of Mercy of Philadelphia to Williamsburg and offered the use of the USO building as a school. St. Bede Church of Williamsburg had the honor of housing the first Roman Catholic shrine of Our Lady of Walsingham in America; because of this the Sisters of Mercy chose to name the Academy they founded Our Lady of Walsingham Academy.

Fifty-eight boarders and day students registered that first year. In June, there was one graduate, Margaret Avery Leavitt '48, whose graduation was "celebrated with all the pomp and ceremony of twenty.” She said in her commencement address, "In a spot where priorities are so justly honored and held in esteem, to us it falls to wield the torch of a type of education whose tradition it is to place first things first.” 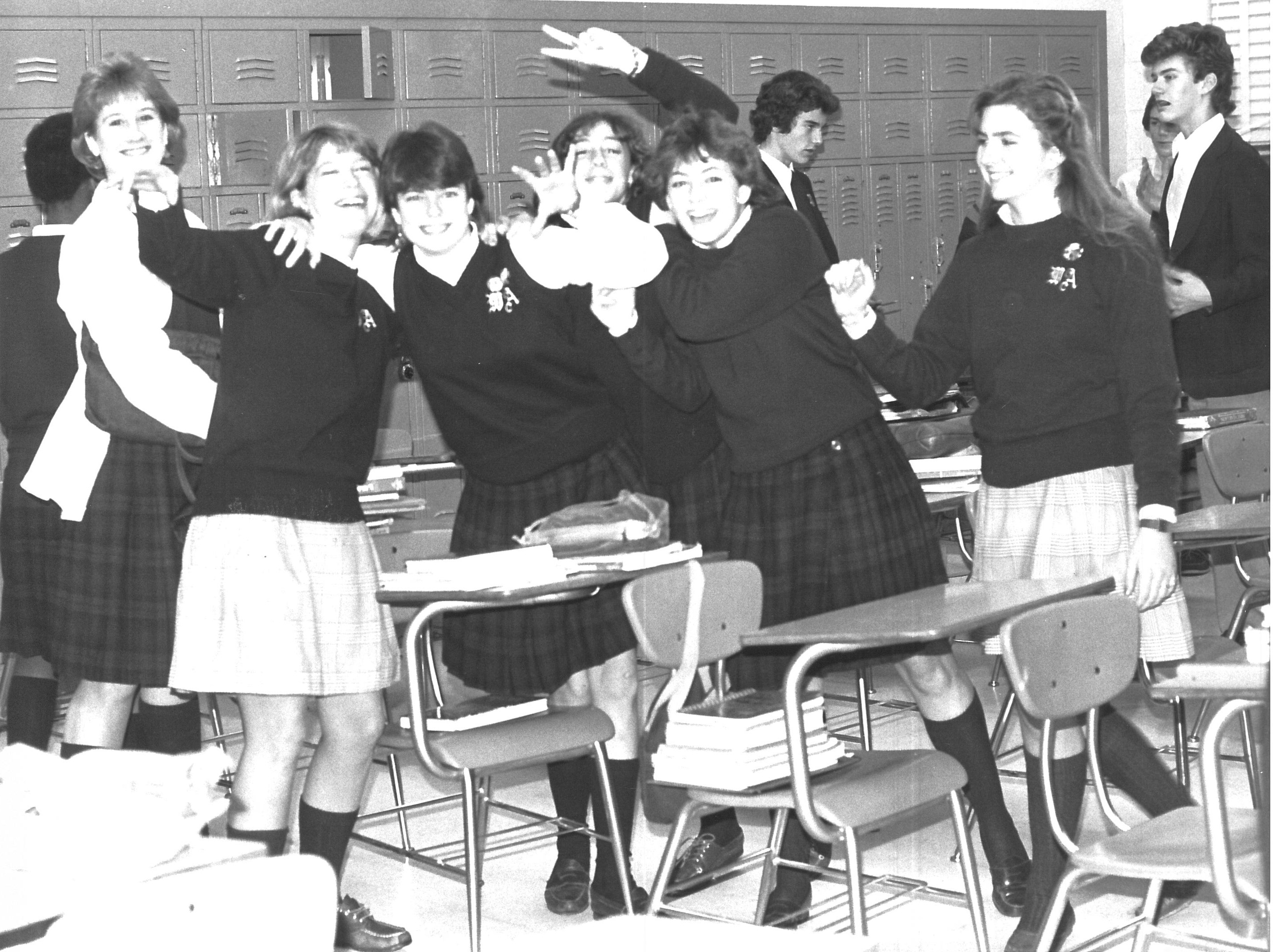 In 1951 the school was entering its fifth year and was bulging at the seams. There were 156 students in that house on College Terrace. Sister Mary Constance, the Principal, arranged for the purchase of 62 acres on the historic road to Jamestown. The property was on the outskirts of town. "There was nothing to see but woods when the Sisters became its owners,” Sister Emmanuel wrote.

Bishop Peter L. Ireton, Bishop of Richmond, broke ground on a wet day in June of 1951. They moved to the new school building on January 28, 1952. The old school continued to house boarders and the Sisters. By 1952 there were 215 students and ten Sisters. Less than five years later, a new wing was added to the building on Jamestown Road with the addition of classrooms and boarding rooms for Sisters and boarders. Enrollment had risen to 389 by 1957. 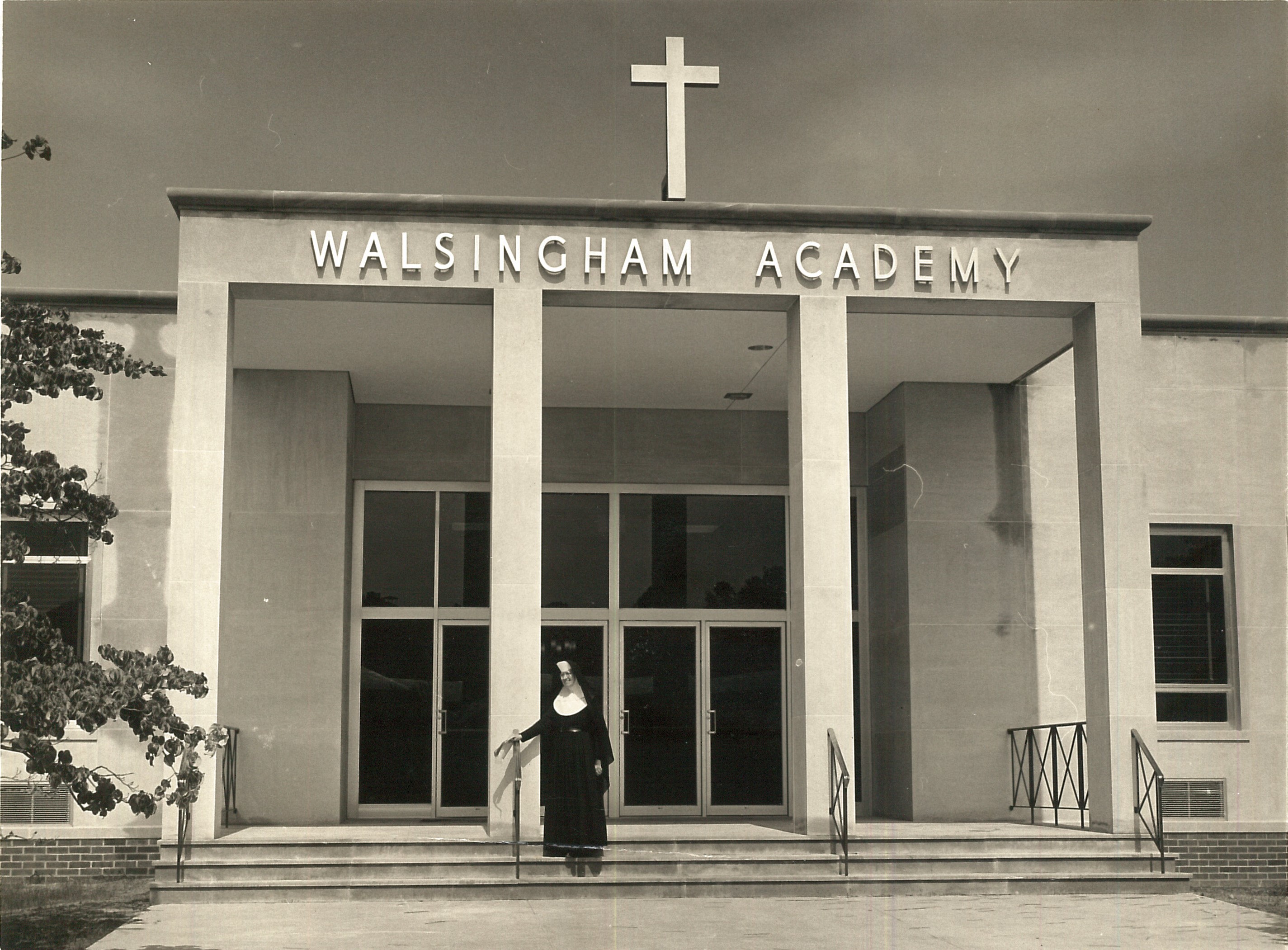 By 1963, the school enrollment was 789 including 315 in the Upper School. On November 28, 1964, the new high school was dedicated and the students in grades 7-12 moved to a new building across the green. The next addition to the school was in 1997 when an athletic complex, including a large gym, administrative offices, and classrooms was built. An addition was made to the Lower School in 1999 to accommodate a growth in enrollment, and modifications of the Upper School made better use of available space. Enrollment by the year 1999 – 2000 was 700 including 285 in the Upper School.